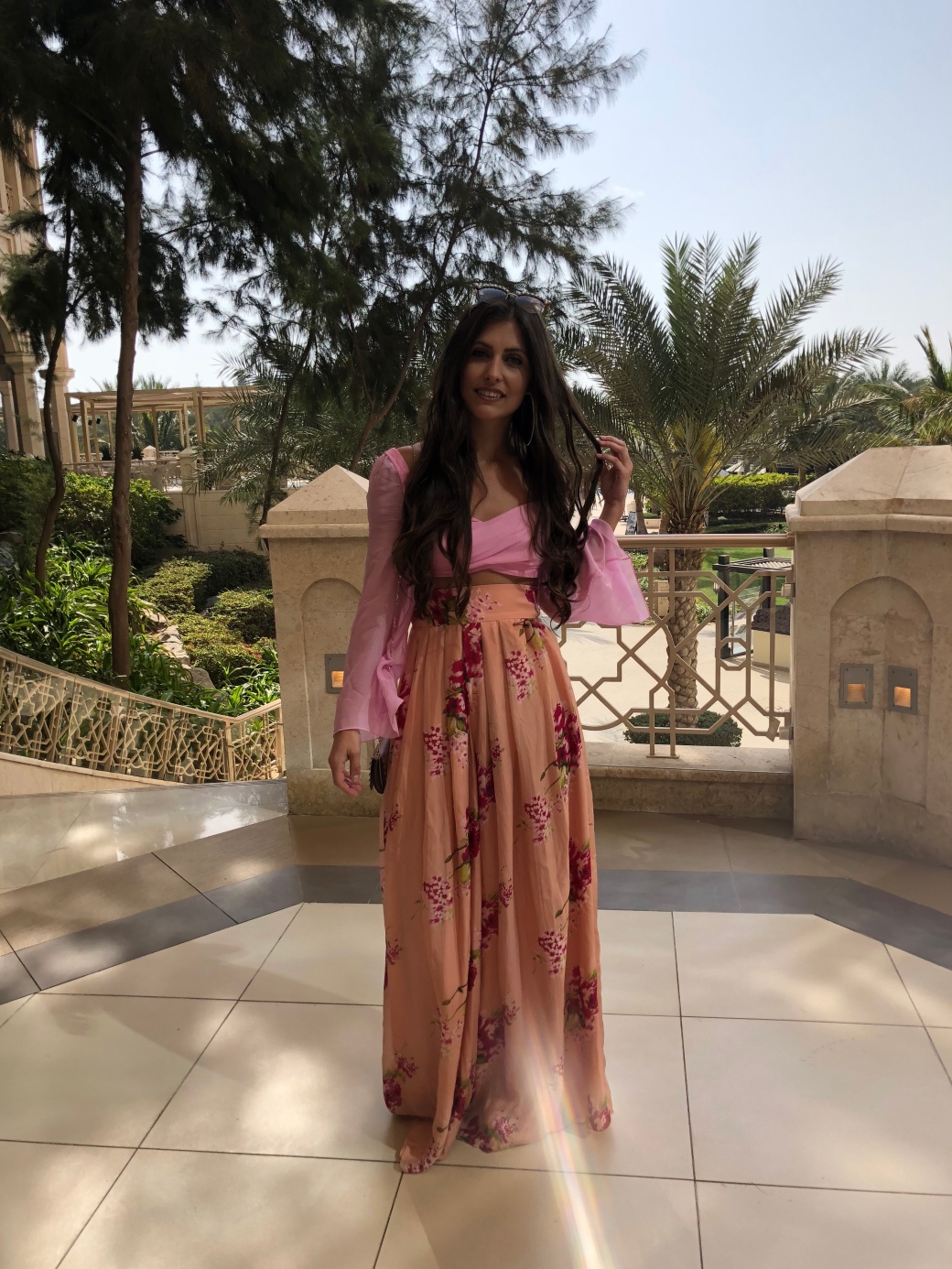 I meant to update you yesterday, about my weekend in Dubai, my two days at our friends wedding in Raz Al Khaimah, and about my return to Bombay yesterday. But I was just so. damn. tired. Saif and I ended up taking a red eye flight back from DXB to BOM, so I landed in Bombay at 8.30am and went straight to a 12 hour day in the office. As expected, I’ve now been hit by a case of the flu, considering its pretty understandable that my immune system took a step aside during all the hecticness. Safe to say, my health takes a toll every time I don’t allow my body to rest properly for more than two days in a row. I get the sniffles, fever, or even those super painful mouth ulcers (ouch), whenever I don’t.

The pace of my life is going a bit too fast at the moment, but at the same time there’s no chance I’m going to complain about it – I have not been this excited or motivated in years. That being said, I do need to get better at listening to my body. This morning I was so busy checking off to-do’s, I realised that I hadn’t eaten anything since last night when of my colleagues offered me a cup of tea around 2.30PM in the afternoon. Oops!

I’m still at the office, and tonight I’m having a few girls over to my place to bring in Paulina’s birthday. We are making Swedish style tacos, eating cheese, replacing the wine with tea, and cake with cucumber and carrot sticks. Or, well, little do they know, I’ve ordered a cake anyway…

I’m crunching hard to finish up here, go pick up flowers, organise the table setting, and head home before the guests come. For now, I’m leaving you with a favourite outfit from this weekend’s wedding in Dubai – all made by my boyfriend’s sister, Shehla Khan. Lovely, right?

For those of you who’ve asked, my France and Italy recommendations are coming up this weekend – guaranteed. He who waits for something good… (can never wait too long, or however the saying goes…)

I was interviewed for a Swedish content/entertainment platform sometime over New Years Eve. It was over an hour long interview about motivation, passion, drive, hard work and personal baggage, over a call while I was in Goa with my family.

The article was published a month back, but the reason I still haven’t shared it with you guys is because I feel like it sincerely doesn’t reflect the conversation we had. Or at least, that I thought we had. The interview was deep, long and personal, but somehow I don’t feel like it did justice or captured the things I was hoping to communicate: The beauty of struggling, hustling, fighting for what you need and want in life.

The intro above reads something along the lines of “Hanna was admitted to prestigious Brown University in USA, and could have gotten a job anywhere in the world. Still, she chose India.” Somehow I feel like this has a semi-negative undertone. I had the world in front of me at the time, and I chose India because it was the most interesting, exciting and attractive opportunity.

Then the article talks about me not having had an ‘ordinary’ childhood, and how despite me living in Saudi with all these ‘restrictions’ in life, I still, despite that wanted to go abroad again as soon as I had the opportunity to. The restrictions the article refers to were actually incredible opportunities to grow, learn and take interest in a culture and society so different from where I was from. It’s thanks to that experience I developed this need and urge to travel. 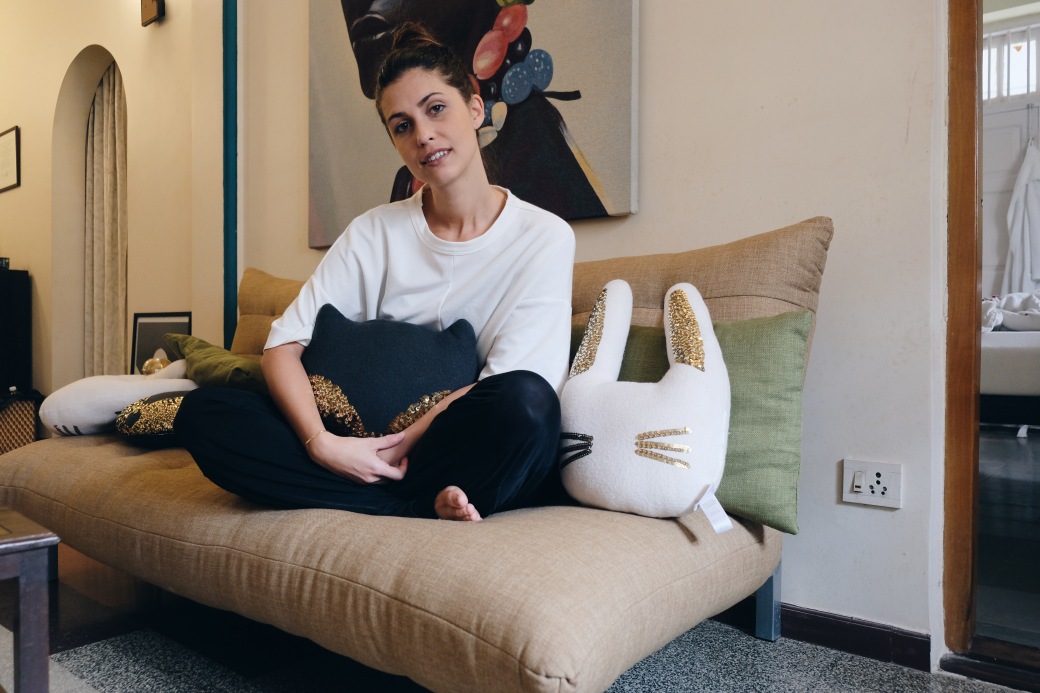 “Hanna loves the country, despite the differences compared to Sweden.” So, I love India for all the differences that it brings, compared to any other place I’ve ever been in the world. Because of the differences, not despite of them… It’s because its so different, challenging and crazy different from my home country, that it inspires, motivates and kicks my ass every single day.

Then the article goes on about how my boyfriend is a huge support for me, which is what makes me stay in Mumbai. Although Saif is obviously a huge part of my Mumbai life – or THE part, and the best kind of support – there are SO many reasons for why I choose to live here. Boyfriend and culture are two big reasons. Challenges and constant personal and professional development, are others. I just feel like this is also framed kind of weird.

I’m generally not critical of this stuff, and have only expressed gratitude and appreciation for anyone who’s ever asked to interview me or share my story. Don’t get me wrong, I’m sincerely grateful for every single opportunity. But, I do think its important that the undertone and attitude of the article reflects the positivity, encouragement and excitement that I truly feel about my years abroad, and the life I’m blessed to live every day. It’s not ever easy, but it’s always worth it.

Either way, thank you to Baaam for interviewing me, and thank you for shedding light on the importance of living abroad!

Kala Ghoda is an area I spend a lot of my time eating in… It’s an artsy, cute, less crowded area close to where I live in South Mumbai. The place you see me eating frequently at, Sequel, is located here… 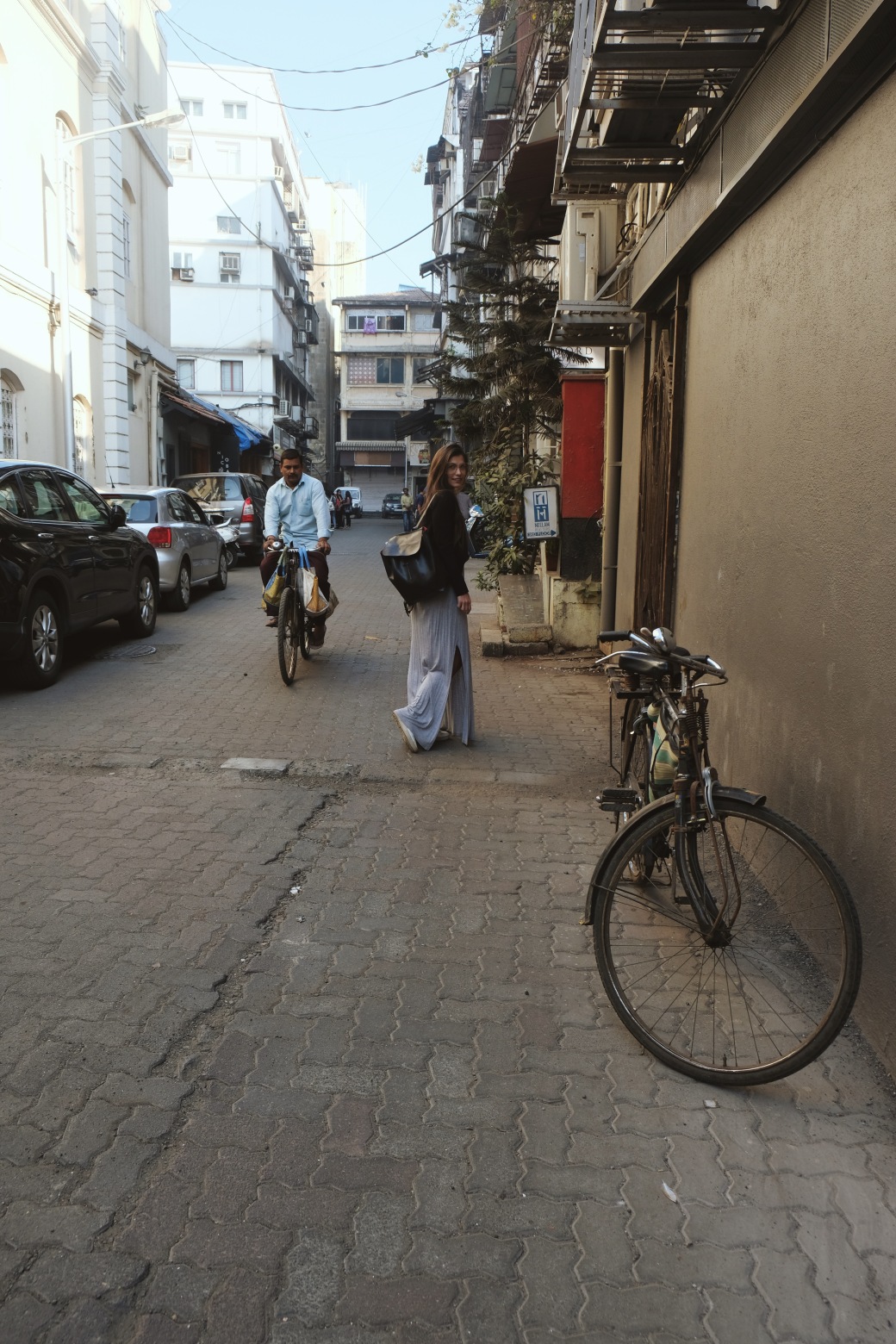 Kala Ghoda is one of the areas I always take friends and family when they’re visiting. Small restaurants, cute boutiques and some random, local brands are located here.

Was trying to get an in-action shot of me walking across the road, but since I was right next to a famous Synagogue, a guard asked us to stop taking photos here. This is basically me mid-telling him ‘we are just leaving’. Hence, my eyes being shut… 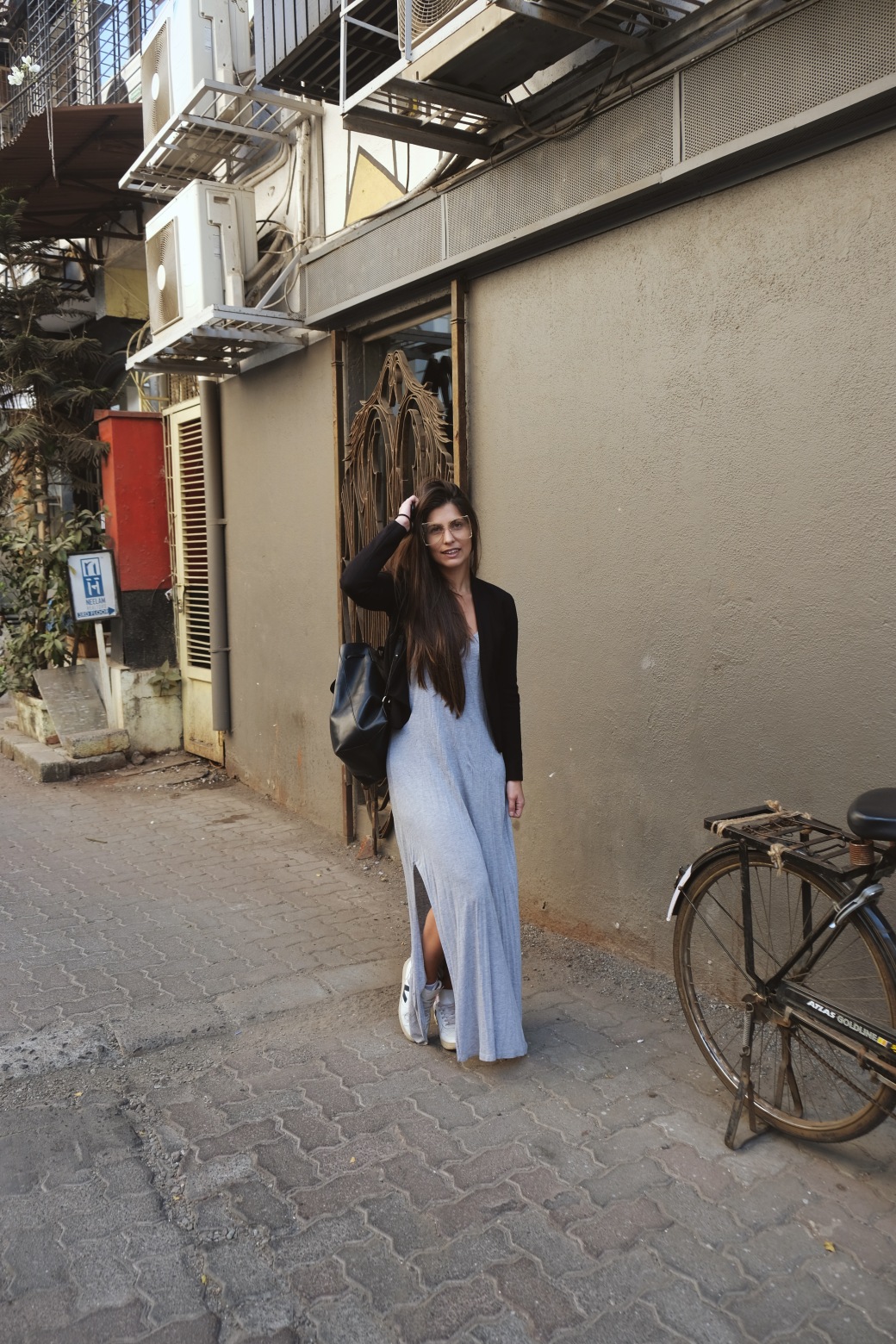 This is what I looked like today. Maxi dress from H&M, sneakers from Veja, blazer from Soaked in Luxury, glasses from Gucci, and backpack from Mansur Gavriel. I know I’ve raved about these sneakers before, here, but I only came across Veja when I was in London last summer, and its basically a French brand that does some really cool ecological, fair trade footwear. Worth checking out for sure.

I’ll have to apologise for not taking photos of myself more often. To be honest, I’ve started off this year on a rather ‘slow’ note, since one of my resolutions this year (if you remember), was to be more focused with my time. E.g. say no to a dinner or a fun party in order to have time to work on a cool idea or build on a personal project. Sadly, the best look/outfit for the best kind of brainstorming sessions don’t make up for the best blog posts.

I will try to make it a point to put up more photos of what I’m up to, regardless of look and mood!